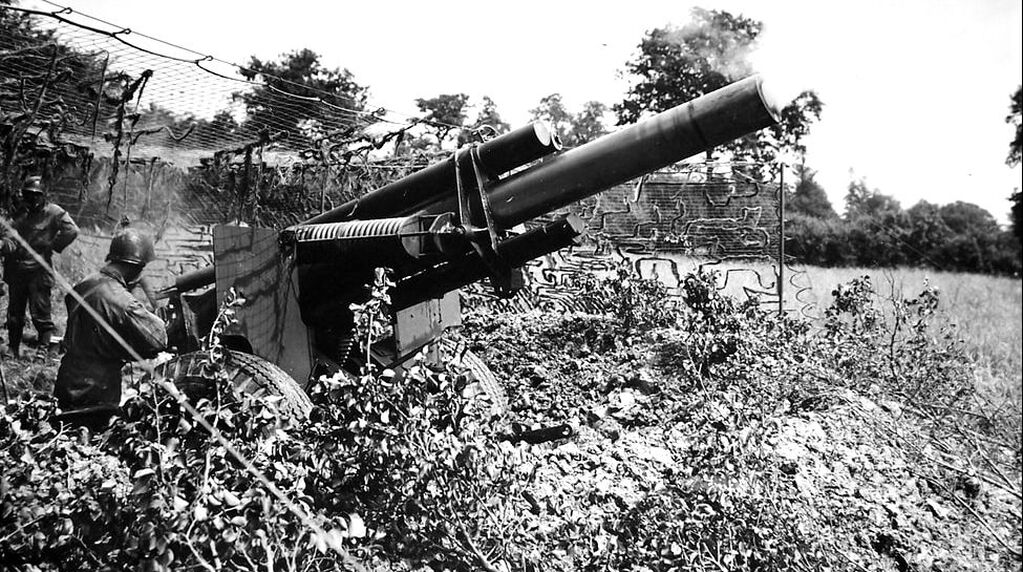 War clouds once again floated above Europe and it became necessary to increase the size of the armed forces of the United States. As part of this expansion, the 4th Division was reactivated on June 1, 1940, at Fort Benning, Georgia, composed initially of the following units: the 8th, 22nd, and 29th Infantry Regiments. Also included were the 20th, 29th, 42nd, and 44th Field Artillery Battalions. Supporting units consisted of the 4th Engineer Battalion, 4th Medical Battalion, 4th Quartermaster Battalion, 4th Signal Company, 4th Reconnaissance Troop, and the 4th Headquarters and Military Police Company. Units of the Division were below strength and training was diminished until training areas and aids were pushed to completion.

Then in August 1940, the division was selected to act as an experimental unit for the development of methods recently demonstrated by the German Blitz through Belgium and France. This unit was designated the 4th Division (Motorized), and later re-designated as the 4th Motorized Division in 1941. Thus began a three-year, wide-open experiment. Initially, equipment was not available, although ideas and theories were many and vigorous. The Louisiana Maneuvers of 1941 saw the 4th Motorized Division using trucks, some borrowed, some reprieved from salvage dumps, in lieu of armored half-tracks. Gradually, the equipment problem was met and the full-strength units were prepared for whatever might come.

Pearl Harbor resolved any doubts; the purpose of the men and the extent of their responsibility was evident. In the fall of 1941, the 12th Infantry Regiment replaced the 29th Infantry in the 4th Division. December 1941 saw the division move to newly-completed Camp Gordon, Georgia. For more than two years, Gordon and Augusta were "home" for the 4th. In July 1942, the division was withdrawn suddenly from the Carolina Maneuvers, returned to Gordon, and alerted for overseas movement. This was the first in a series of false alarms which, though disturbing, kept personnel aware of the ultimate objective of the continuing intensive training. Landings were made in Africa in November but the 4th continued to assault through Boggy Gut, Georgia. On Christmas Day, the Division again was alerted. Much equipment had been crated, clothing marked, and physical examinations undergone when, at seemingly the last minute, the move was halted. In April 1943, a permanent change of station was ordered. Fort Dix, New Jersey, thus became the next station of the 4th. It was here, on August 4, 1943, that the 4th Motorized Division was reorganized as the 4th Infantry Division, in which form it has remained.

Early in September 1943, the division headed south once more, this time to Camp Gordon Johnston at Carabelle, Florida, on the shores of the Gulf of Mexico. Here, realistic amphibious training was undergone, and familiarity was developed with the variety of assault landing craft and techniques evolved in anticipation of the invasion of "Festung Europa." Again alerted for overseas movement, the division shifted to Fort Jackson, South Carolina in December, where final personnel adjustments were completed. The 4th Infantry Division prepared for embarkation and would soon be bound for battlefront Europe.
NEXT CHAPTER